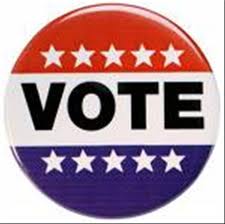 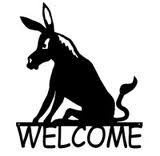 The members and officers of the Shelby Area Democratic Club welcome you to our website. And we welcome you to attend our monthly meetings. The club meets on the third Thursday of each month at 7:00 p.m. For the time being, we meet using the Zoom meeting platform. To get the link for a meeting, send a request to shelbydems@yahoo.com by 12:00 noon on the day of the meeting. Our meetings usually begin with a speaker in an informal, conversational setting. We then have our monthly business meeting. All Democrats and people of goodwill are welcome to attend.
Posted by Shelby Area Democratic Club at 1:00 AM 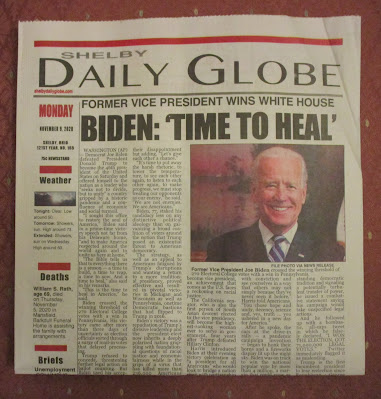 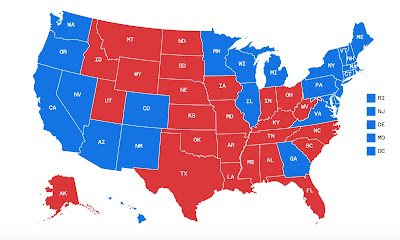 Shelby Area Dems organize "Do It Yourself Parade"... 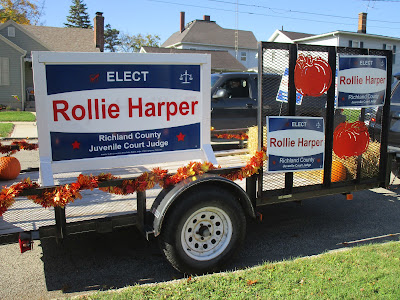 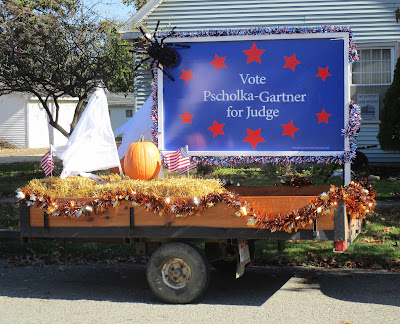 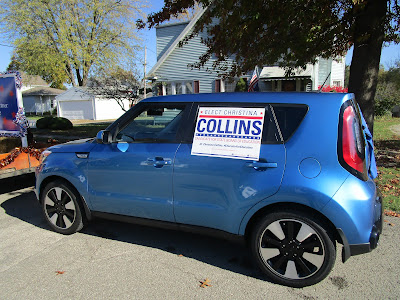 SHELBY – Dr. Christina Collins, PhD, recently spoke via Zoom to a group of Shelby and Richland County voters. She is a candidate for the State Board of Education. Her name will appear on the November general election ballot.

“I am an educator,” Dr. Collins told the gathering. “I was a high school English teacher, and then I went to work at OSU for a bit, then moved up to Medina to become a district level administrator for the last eight years.”

During her remarks to the gathering, Dr. Collins addressed two specific issues: school funding and what she described as “out of control” standardized testing.

“What I have to offer right now is that I am innovative, that I’m a critical thinker, that I’m a problem solver,” added Dr. Collins.

Dr. Collins is running to represent the 5th State School Board District. It is an expansive district that includes all of Richland, Ashland, Wayne, and Medina counties and parts of Holmes, Stark, Summit, and Cuyahoga counties.

“I plan to be accessible,” explained Dr. Collins. “As a public servant, my role is to make sure I’m representing a general consensus from across (the district’s) diversity.”

Voters can learn more about Dr. Collins at drcollins4stateboard.com. Her Facebook page is DrCollins4StateBoard.

Richland County Democrats comprised a major part of the 2020 Shelby Bicycle Days parade.  Participating were Kristen Pscholka-Gartner, candidate for Probate Court judge; Rollie Harper, candidate for Juvenile Court judge; and the Shelby Area Democratic Club.
Club members were "ridin' with Biden" since the float featured a life-sized cardboard cut-out of former Vice President Joe Biden, the next President of the United State.
"Our float was well received along the parade route," commented club president Garland Gates. "One woman shouted, 'Oh, look!' and started to applaud when she saw Joe Biden."
The parade route this year was very different.  The parade started on Technology Parkway and traveled East and West Main Streets to Penwell Turner Funeral Home. This change enabled parade viewers to enjoy the parade and maintain social distancing along the way.
With but one exception, Republican candidates were AWOL from the event.
Posted by Shelby Area Democratic Club at 8:47 AM


Posted by Shelby Area Democratic Club at 8:37 AM 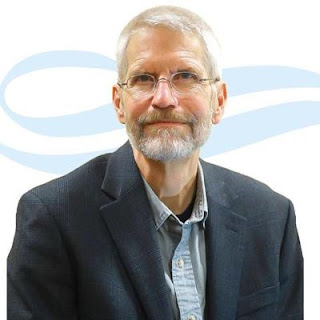 “Good government matters because it works,” stated Mr. Potter. “I have 30 years of experience in making government work.”

The North Canton resident most recently served as Vice President and Treasurer for Lorain County Community College for 3 years before his retirement. Prior to his leadership at the college, Quentin served more than 20 years in state government, helping create nine balanced state budgets and working with both Democratic and Republican administrations.

Turning his attention to the COVID-19 pandemic, Mr. Potter said, “The lack of a national plan is a concern for everyone.” He continued, “I don’t believe my opponent is up to the challenge” in dealing with COVID-19.

“I’m hopeful that most people agree that there’s a need for a change in leadership,” Potter concluded. “This election is serious business.”

The sprawling, heavily gerrymandered 7th Congressional District includes northern Richland County, southern Huron County, and all or parts of 8 other counties. The communities of Shelby, Plymouth, Shiloh, Willard, Greenwich, and New London are within its boundaries.

During the business meeting, club members voted to make a significant contribution of $500 to Quentin Potter’s campaign committee.

The next meeting of the Shelby Area Democratic Club is scheduled for Thursday, July 16.

The origin of the Shelby Area Democratic Club...

For nearly 50 years, the Shelby Area Democratic Club has played an active role in local politics. Here is an excerpt from the group's very first meeting minutes from July 11, 1968:

The first get together of the Shelby Democrats was held on July 11-1968. A picnic at Seltzer Park consisted of a covered dish furnished by each one attending.

Thirty people enjoyed a discussion on the possibility of forming a Democratic club in the Shelby area.

Thanks to those local Democratic pioneers who laid a firm foundation for our club! We owe them a debt of gratitude for a job well done.
Posted by Shelby Area Democratic Club at 1:06 PM

...we're proud to be Buckeyes! 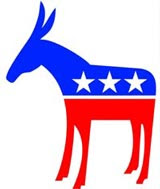 Click here for a map to the Sutter Roush Room. 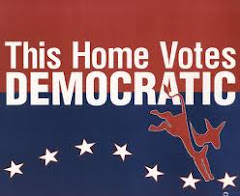